Most people love a chocolate treat every now and then, however, chocolate is incredibly dangerous to both cats and dogs. Out of the two pets, chocolate is more a danger to dogs simply because they tend to eat larger quantities of it than their feline counterparts. Chocolate can even be fatal to your beloved pet if they consume large quantities of it, so keeping it away from them is crucial to their health and well-being.

What’s the Problem with Chocolate?

Chocolate contains two key components that are harmful to pets: caffeine and theobromine. Out of the two components, theobromine is the bigger issue because it stays in the animal’s system for longer than it should. As humans, we are able to easily metabolize and digest the theobromine so that it can easily pass through our systems without trouble. For pets, they aren’t able to easily digest both caffeine and theobromine, causing it to stay in their system for long periods of time and affect normal blood sugar levels.

Why Your Pets Needs to Stay Away from Chocolate

Chocolate poisoning is a lot more common than most vets like to admit. Your dog might rummage through the garbage to snack on large amounts of chocolate or they might be able to get up onto the counter where chocolate is readily available. Cats can be sneaky and may even try to get into cabinets where open chocolate is available. Chocolate toxicity is dependent on the amount of chocolate consumed, the type of chocolate as well as the size of the animal. A large dog eating a small amount of chocolate will probably just cause minor stomach upset, if that. A small dog or cat eating greater quantities of chocolate may begin to experience chocolate poisoning which includes a racing heart, seizures, vomiting and convulsions. In this case, it is crucial that you bring your pet to the vet immediately and if one is not available, look for a local pet hospital that is often open 24 hours a day.

Ways to Keep Animals Away from Chocolate

The best way to prevent chocolate poisoning for your pet is to keep chocolate away from them. Pets, especially dogs, tend to eat whatever they want if it is readily available. While cats tend to be pickier eaters, it’s not uncommon for them to enjoy the taste of chocolate creams and frozen desserts. Because of this, make sure that you keep any and all chocolate away from them so that they are not consuming it. This prevents them from having issues digesting and metabolizing the theobromine and caffeine found in the chocolate and can prevent them from having health issues. If you suspect that they might have consumed some chocolate, be sure to bring them to a vet who can do a full and thorough examination.

We all want the best for our pets and this is why it is important to only feed animals what they are able to easily digest. Keep any and all chocolate products away from the pet so that they do not consume it. Teach your kids about the problems associated with chocolate and animals so that they do not get tempted to innocently feed them chocolate while they are eating some themselves. There are also many foods that have hidden chocolate in them such as cookies, biscuits and some desserts. Most vets also go by the motto: the darker the chocolate, the more dangerous. This is because white chocolate and milk chocolate contains less theobromine and caffeine than dark chocolate, thus being less dangerous for the animal to consume. This doesn’t mean that they are alright to eat white chocolate, but they will often be better off if consuming white chocolate than dark chocolate that’s found around the house. By keeping your pet away from all types of chocolate, they are less likely to develop chocolate toxicity. 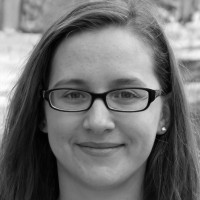 Estrella is our foremost expert on canine nutrition here at The Pampered Pup. She understands the needs of dogs all ages and breeds, and even has a few tricks up her sleeve when it comes to getting the pickiest pups to enjoy their meals.

Training Your First Puppy
Next Post: Which Beloved Pet Is Most Popular?

About The Pampered Pup

The Pampered Pup was created for dog lovers by dog lovers.

Our team of experts share their experiences in dog ownership and in-depth analyses of today’s most beloved pup products to help you bring life to those special moments with your dog that you’ll cherish for a lifetime.