While families love both types of animals, they’ve been pretty much-sworn enemies for as long as most people can remember. Approximately 12,000 years ago to be exact (sort of). Now naturally, people have tried to come up with reasons for the looming rivalry. But, while there are plenty of speculations, determining the root of the problem can be a tough pickle.

But rather that the two have a history dating back to before anyone can remember. A history that caused a rift in their relationship and caused them to be sworn enemies. Not to mention they have distinct personality traits. This blog post will help shed light on the history of cats and dogs and why they became sworn enemies.

One of the most common questions asked is whether cats and dogs have ever coexisted harmoniously. The answer is a resounding yes. It might not look like it now, but when cats were first domesticated, dogs and cats coexisted just fine. There is evidence that the two lived together without any problems at all.

But, just as the two were starting to get along, cats were relegated to living outside. Whereas dogs lived a comfortable and fulfilling life indoors. Of course, cats being naturally affectionate didn’t like living in the cold. So they decided that they also wanted to share in the love and affection that the pups were getting. And so they domesticated themselves onto their pet parents’ laps. A place that was best known for being the dog’s territory.

Learning to share their living quarters, their owners plus the constant competition for food and attention didn’t quite sit well with the dogs. And so naturally the relationship between the cat and dog became strained over time. And since neither of them was willing to back down from the fight, they became sworn enemies from the on.

Why Dogs and Cats Are Sworn Enemies

Let’s face it: cats and dogs are quite different. Dogs are to the most part social and playful whereas cats like to be independent. And while there’s a common misconception that opposites attract, that isn’t always the case. When it comes to dogs and cats, it is that same difference that causes a strain in their relationship.

Another reason why dogs and cats don’t get along is that they have different habits. And this has a lot to do with how they are trained. Dogs are trained to hunt. They are taught to chase while still playing with the cat. Now, while this may sound cute and all, cats don’t like the idea of being hunted. They are likely to take it as a threat and instinctively run away from their chaser.

To sum things up, the enmity between cats and dogs has a lot to do with their history. Plus the fact that the two differ in nature and habits. But, that’s not to say that they can’t get along. With a little patience, they can be the best of friends. 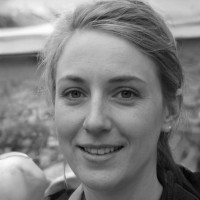 Helen Ledford is our Lead Content Writer. Her dog-centric career has been wide-ranging, from dog walking and pet sitting as a young adult, to hands-on experience as a veterinary technician, and to her entrepreneurial endeavors in the world of dog training. Dogs aren’t just a passion for Helen - to her, they’re family. We’re thrilled that she’s found her home here at The Pampered Pup.

Which Beloved Pet Is Most Popular?
Next Post: DIY Wooden Dog Crates (How To Make End Table & Furniture Kennels)

Subscribe to our newsletter to receive your FREE copy.